Papier Collé came about as a way of trying to solve the problem of ‘local colour’. In painting, ‘local colour’ is the natural colour of an object, unmodified by adding light and shadow or any other distortion.  Local colour is best seen on a matte surface.

The Cubists of Montmartre were constantly trying to find better ways to represent local colour as well as an object’s shape. At the analytic stage of cubism they separated colour from shape and thereby removed the distortion of light, but in order to do so they had to use an ‘average’ colour. This irritated them as they intended to retain the object’s integrity.

In 1911 Braque had the idea of introducing printed material (such as newspapers or envelopes) in his work; this had the advantage of not posing the local colour dilemma, as being a flat object it had no shadow. The following year Picasso and Braque started adding materials of little depth, such as wood and marble. The real objects were preferable but they sometimes painted them in too.

They soon realised that the papers and materials they added created their own relationships with the other objects in the paintings and could add a three dimensionality without adding to the light and shade issue. 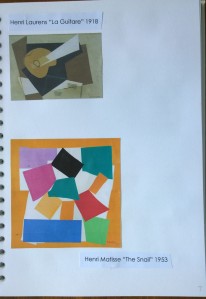 Collage could be used as easily by abstract constructivists like Marcelle Cahn, Mortensen or Lardera; by surrealists like Toyen, Enrico Baj or Cornell; by kineticists like Vasarely; neo-Dadaists such as Rauschenberg; independents such as Alberto Burri; or new realists Daniel Spoerri or Arman.

Started as a response to a technical issue, papier collé is now almost a universal means of expression.

Starting with two sketches on white paper and then two sketches on paper I have coloured, this exercise will combine the use of mixed media and coloured grounds. I chose an image that, I think, lends itself well to abstraction. 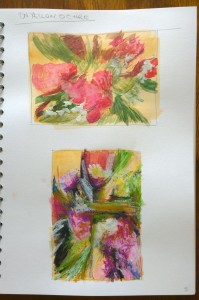 I used yellow ochre as a background. The top sketch is watercolour and gouache, while the lower sketch has pencil, watercolour, gouache, charcoal and oil pastel.

I liked the second sketch I did on coloured paper with all the media combinations so did the same with the first image, adding gouache, charcoal and oil pastels to the watercolour.

In these exercises I deliberately avoided any form of representation. Moving onto coloured ground was helpful in trying to be more experimental with colour and form, as well as not being constrained by issues of accuracy with the original.

Having been asked to look at other artists’ use of mixed media I am collecting a few images, the first are taken from the pages of my course, Henry Moore, John Marin and Christine Gregory

and Kandinsky from the Guggenheim.

Watercolour artists and other 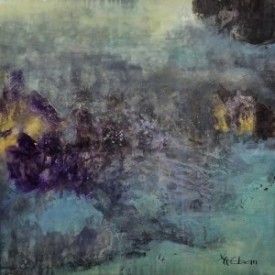 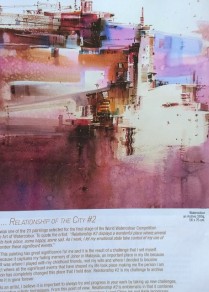 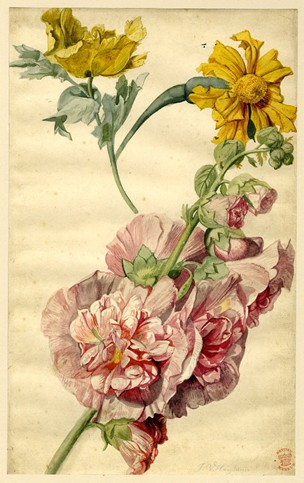 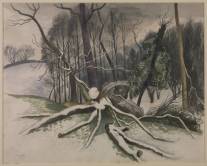 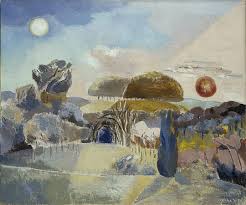 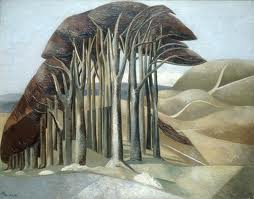